Europe and the United Nations commemorate the victims of the Shoah each winter on the date of Auschwitz's liberation in 1945, and the Italian Academy marks Holocaust Remembrance Day with an annual academic event exploring issues of discrimination and crimes against humanity. Over the years, the Academy has broadened its focus to explore groups that were targeted in the racism and xenophobia of the Nazi and Fascist regimes, and that suffered and died along with the millions of Jews.
The series was conceived by Barbara Faedda in 2008 and has been organized by her annually since then. Videos of many of the symposia can be found here below, and talks from the early years of the series are gathered in the Academy's 2016 book, Present and Future Memory: Holocaust Studies at the Italian Academy, 2008–2016. 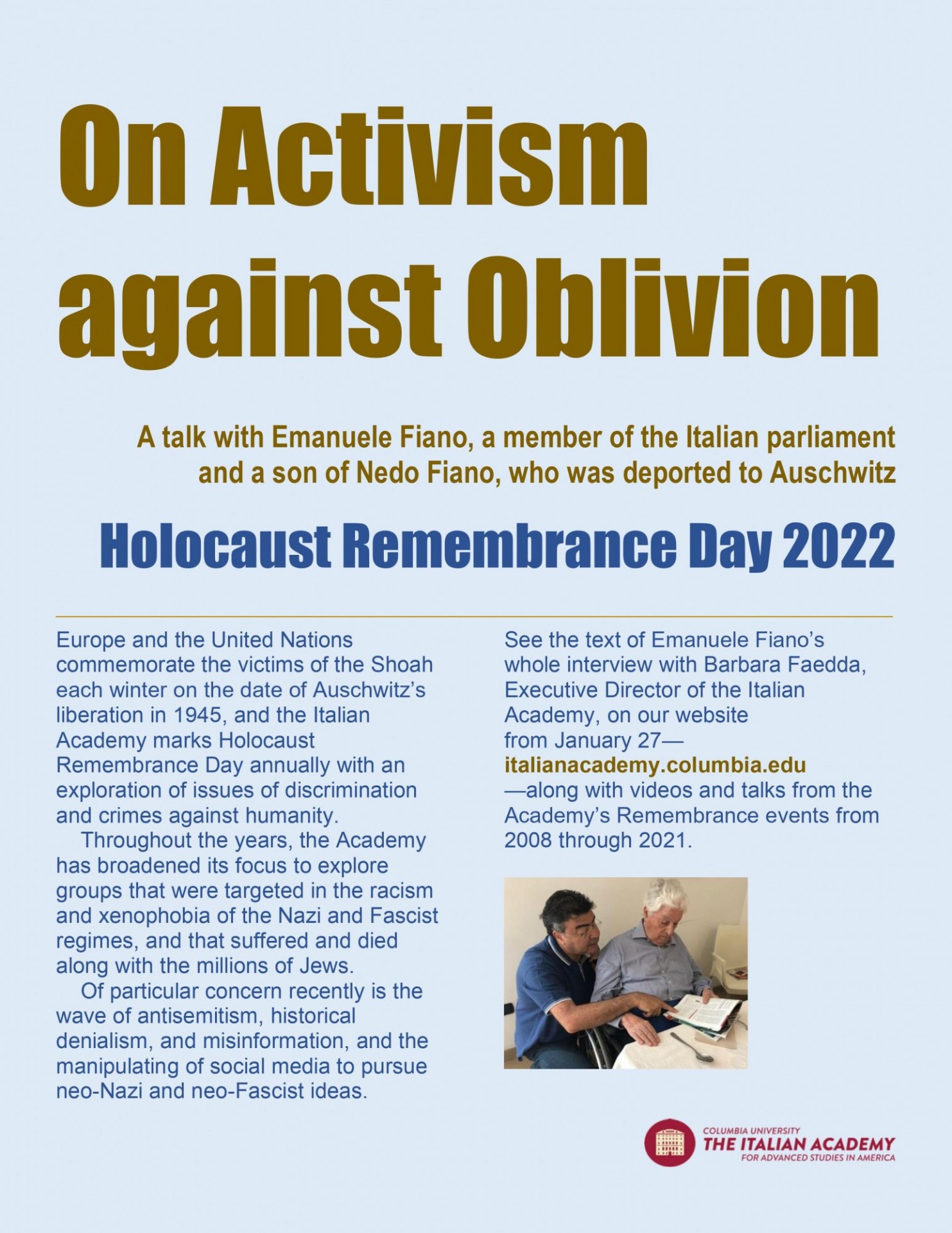 Emanuele Fiano on Activism against Oblivion 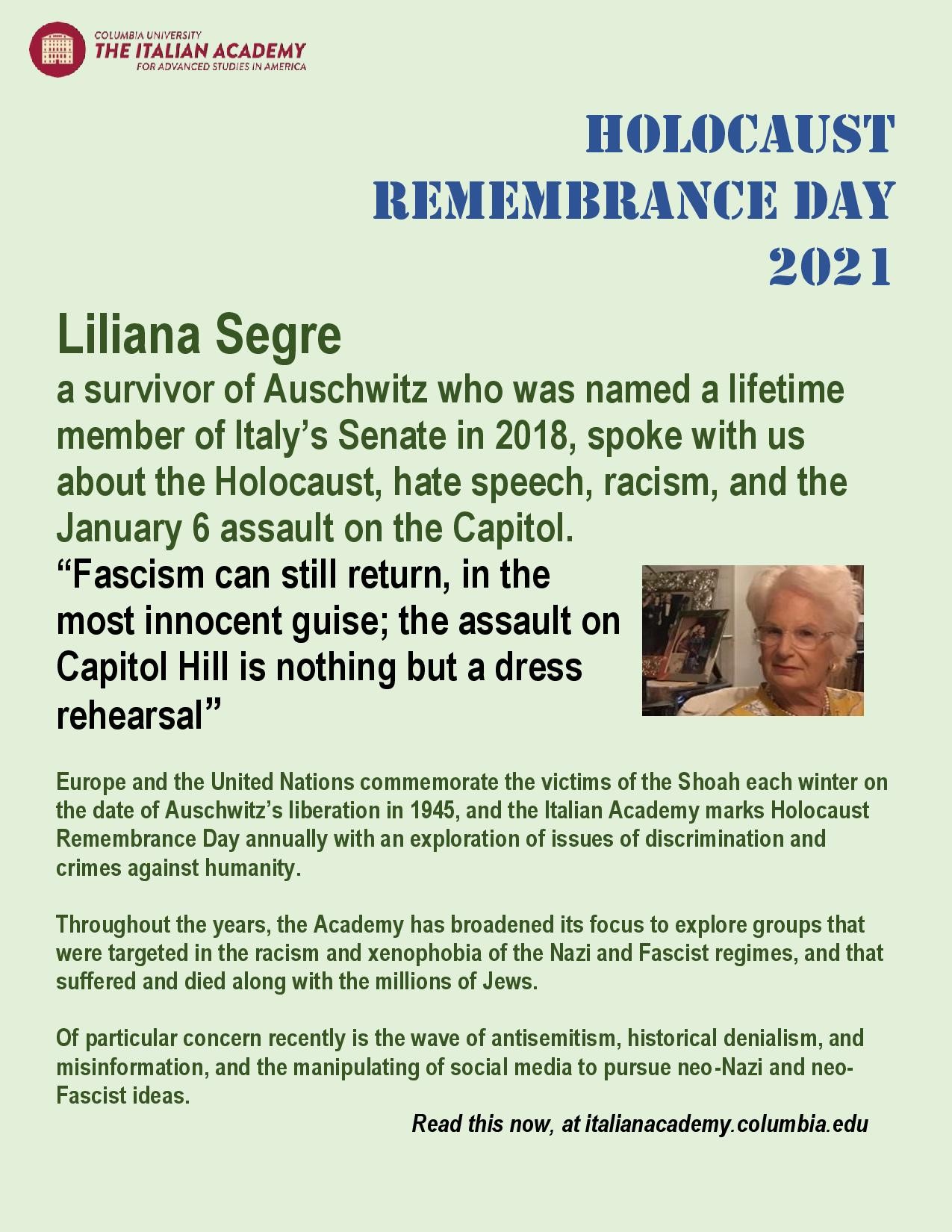 Liliana Segre on Auschwitz and What It Means Today 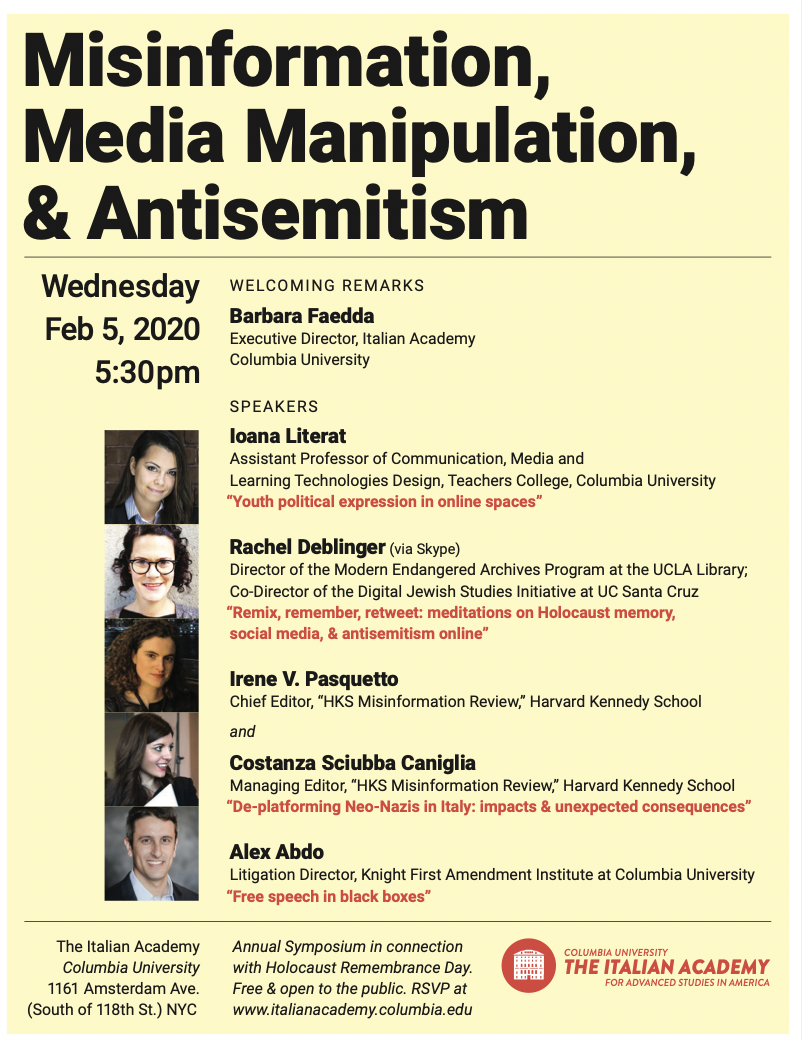 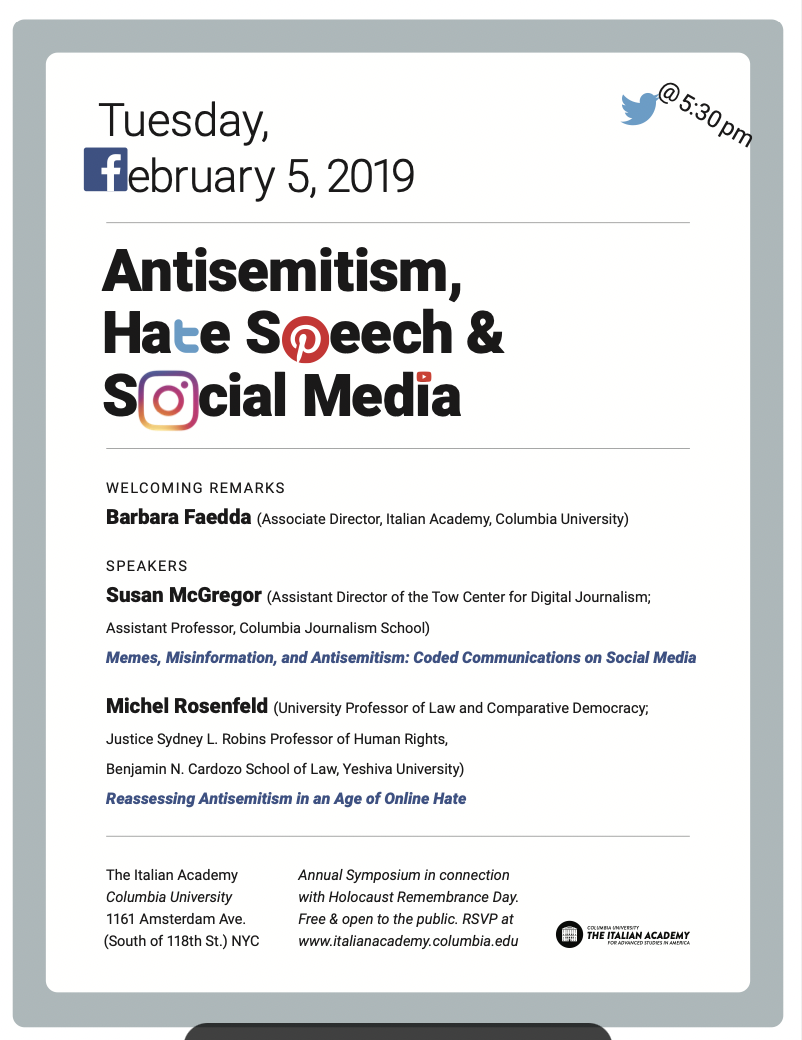 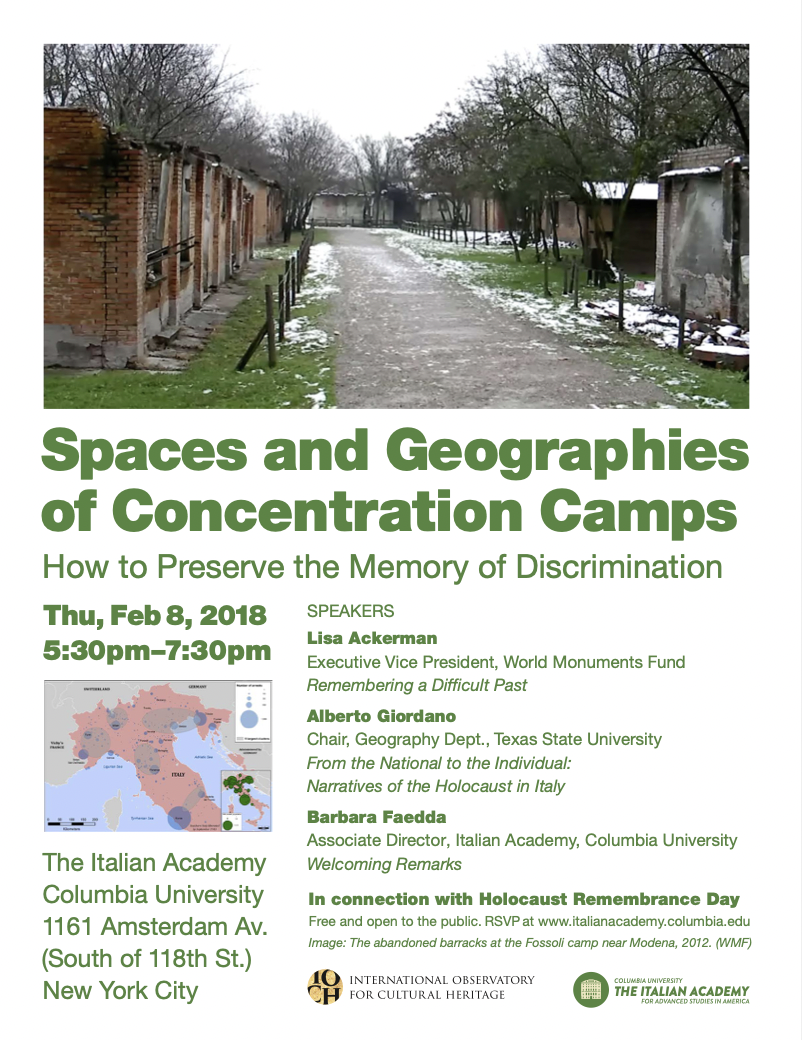 Spaces and Geographies of Concentration Camps 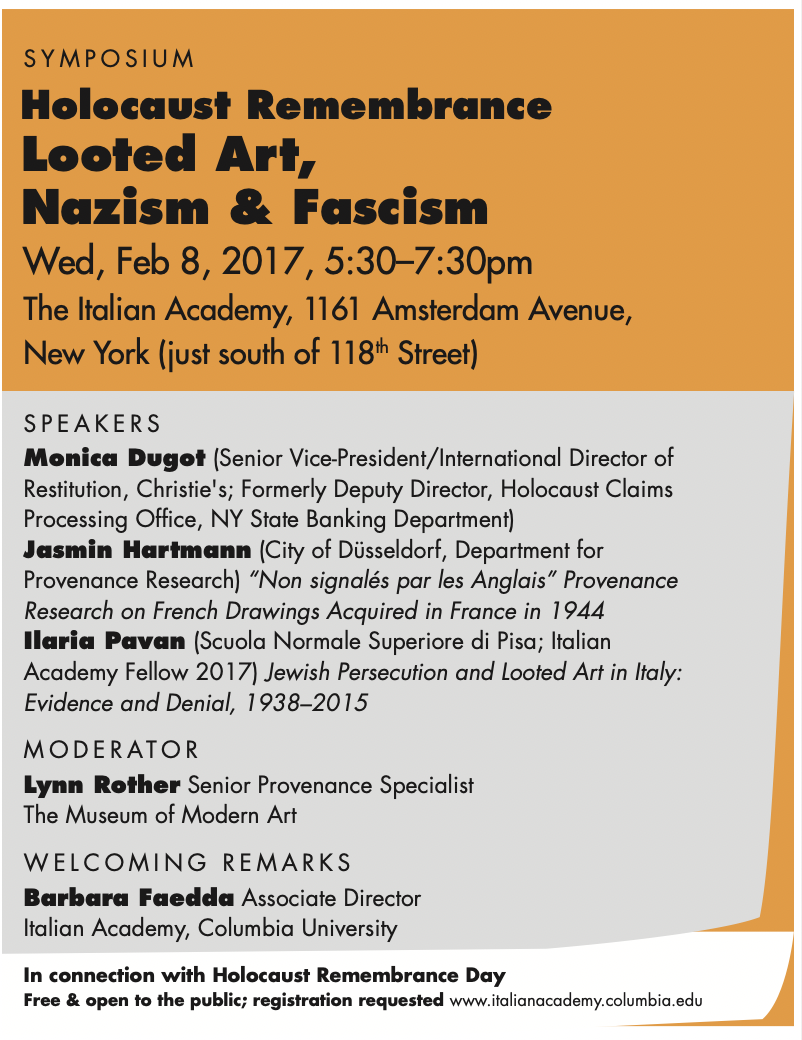 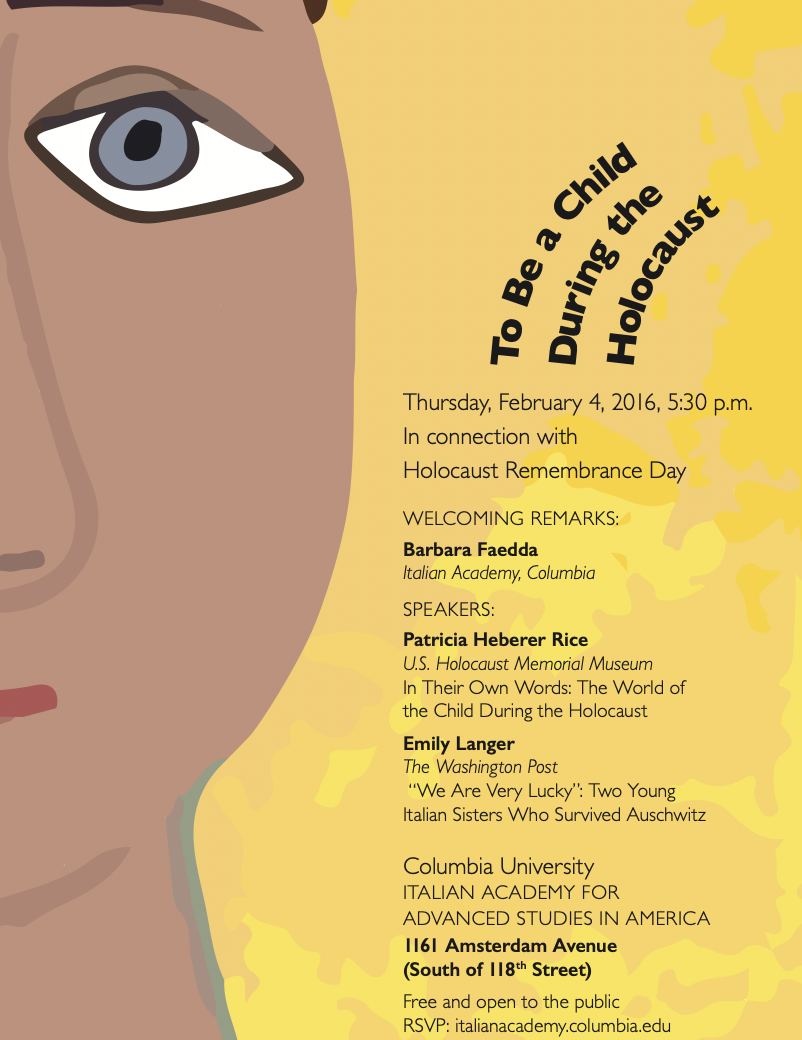 To Be a Child During the Holocaust

Music, Fascism, and the Holocaust 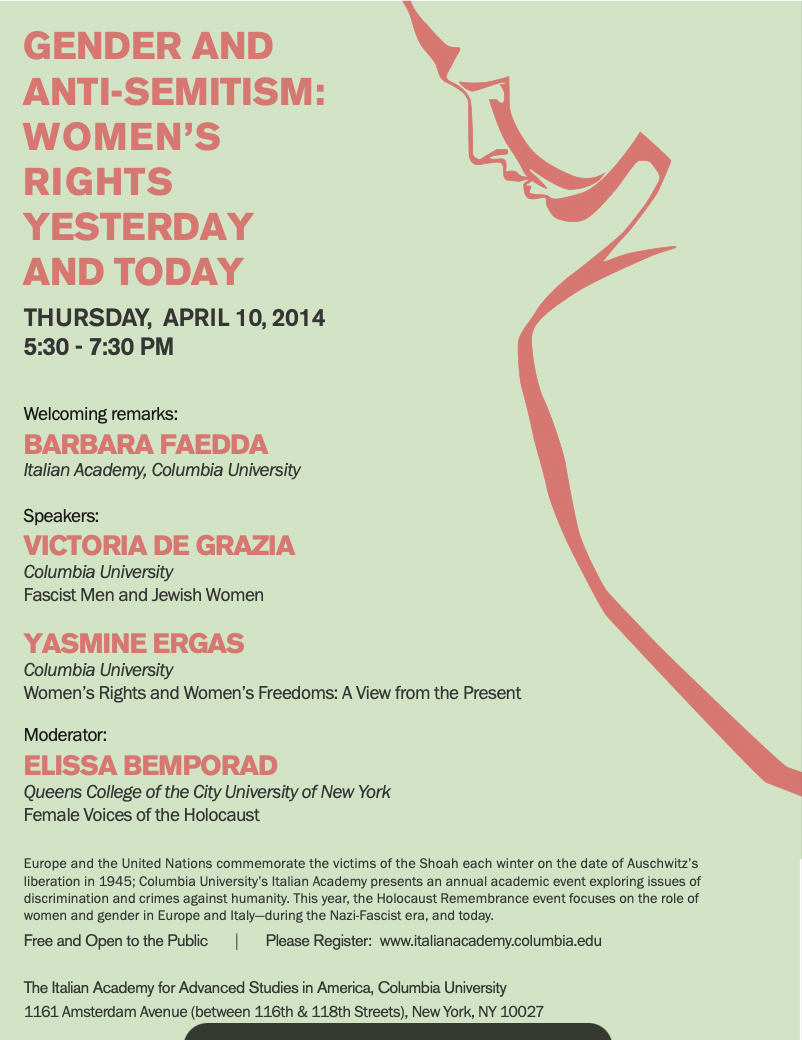 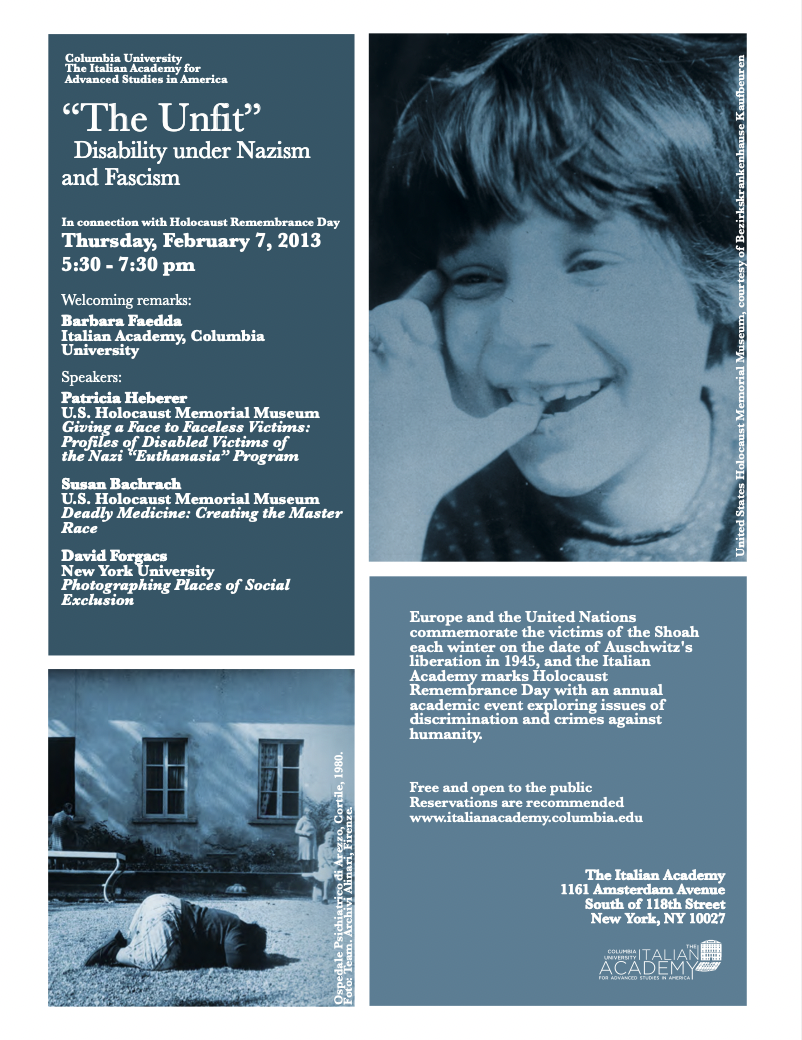 “The Unfit”: Disability under Nazism and Fascism 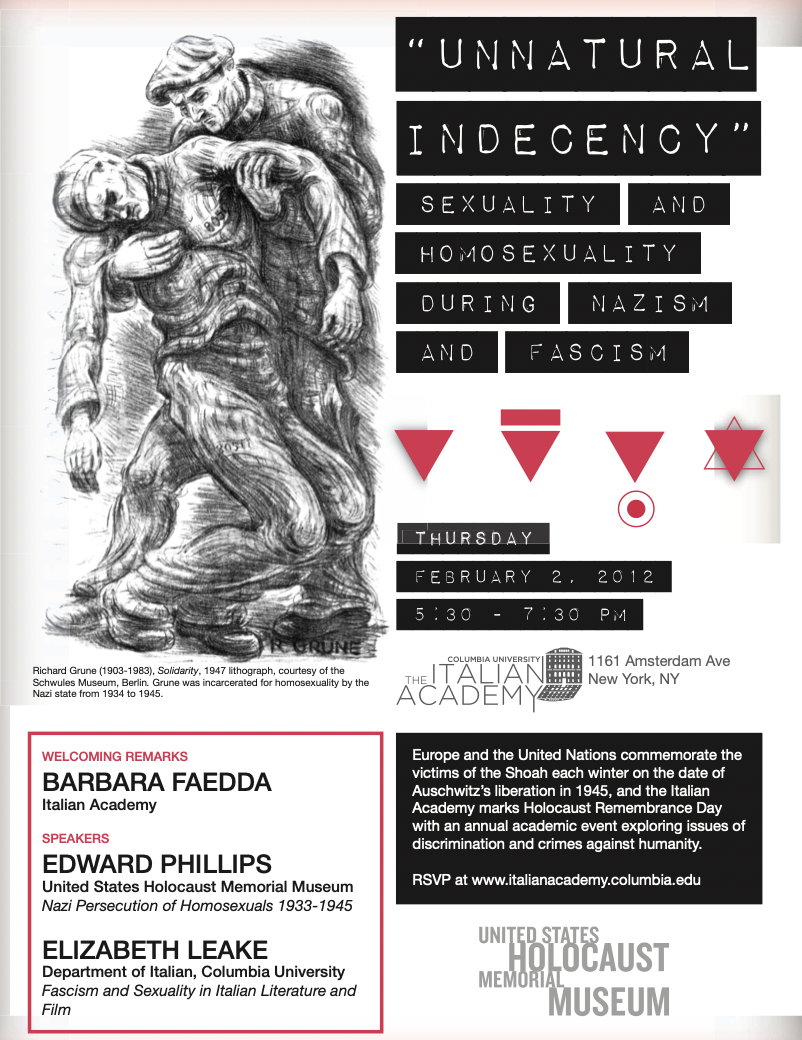 “Unnatural Indecency”: Sexuality and Homosexuality during Nazism and Fascism 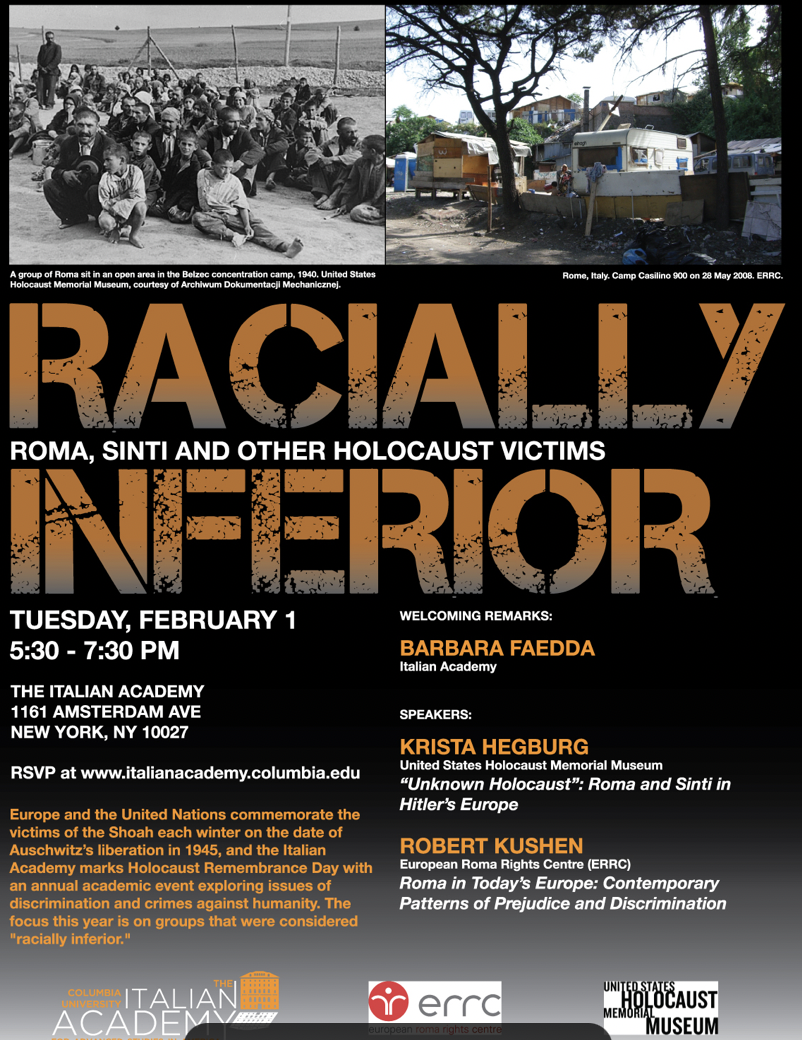 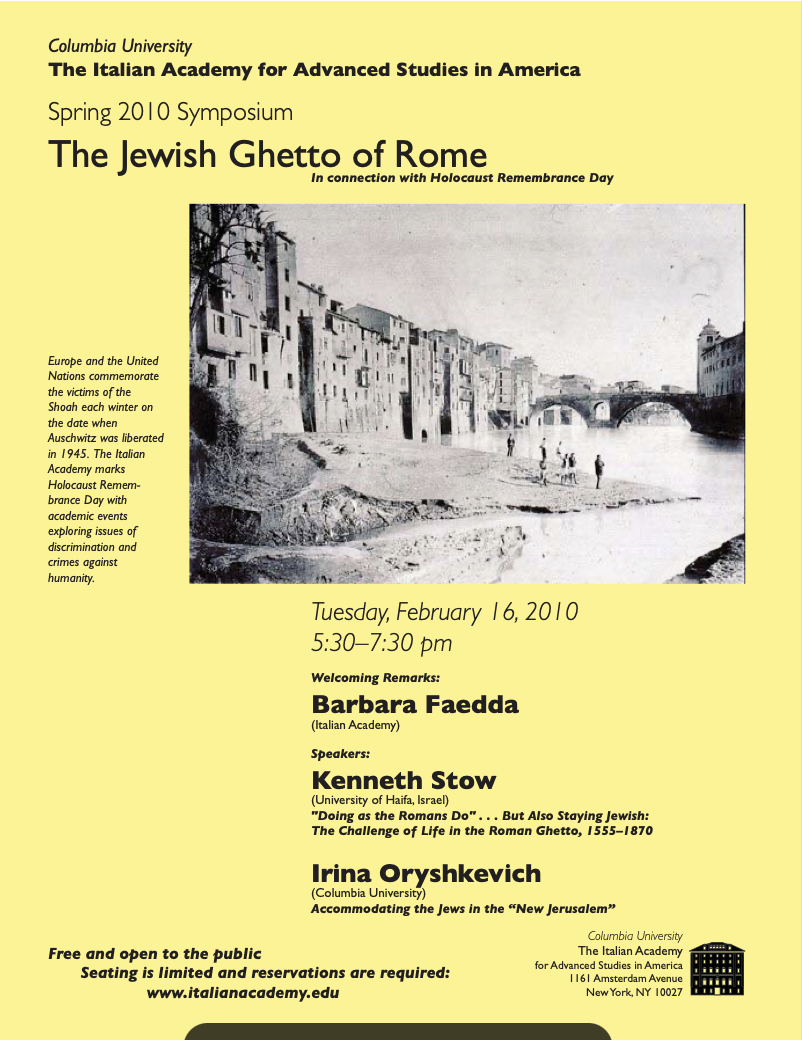 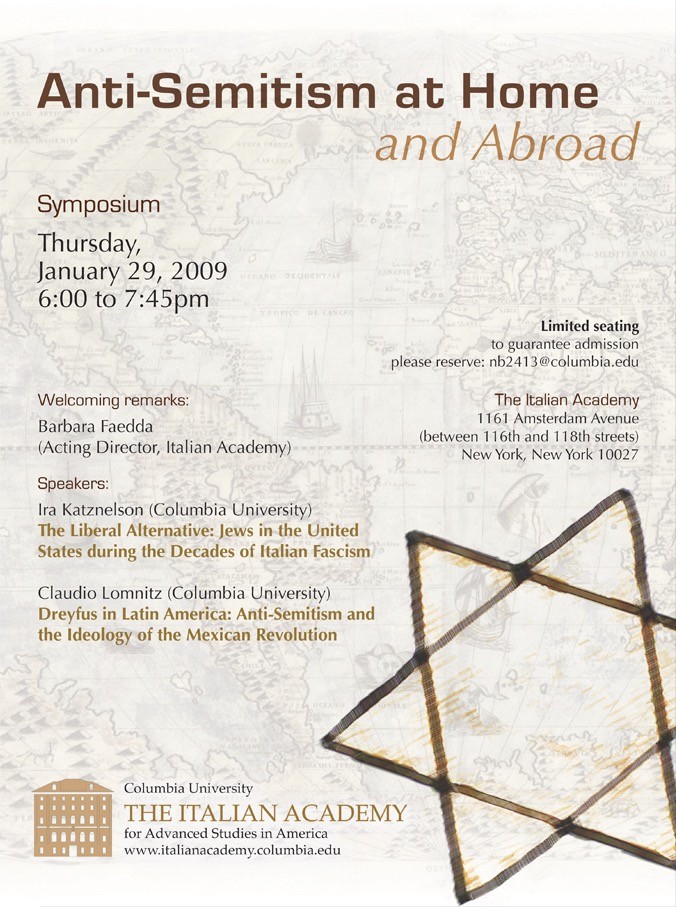 Anti-Semitism at Home and Abroad

Law and Science in the Service Of Racism: the Leggi Razziali

Holocaust Remembrance: “Law and Science in the Service Of Racism: the Leggi Razziali”

Holocaust Remembrance: “The Unfit”: Disability under Nazism and Fascism

Holocaust Remembrance: To Be a Child During the Holocaust

Spaces and Geographies of Concentration Camps

Liliana Segre on Auschwitz and What It Means Today

There are no events to show with the selected date.

There are no events to show.

All past events
Back to Top