Expanding the definition of what a “digital lab” can do in the humanities, and advancing our understanding of the political, cultural, and artistic ramifications of festivals while proposing new forms of historical narrative.

FRIDA recreates early-modern festivals as multimedia digital events through a dynamic, web-based platform—a digital Atlas—that restores the mosaic-like fragments of festivals to the form in which humanists, artists, and poets first conceived them. (The name FRIDA derives from Festivals in Renaissance Italy: A Digital Atlas.)

The FRIDA Atlas is divided into three fully interactive sections: Event, Backstage, and Memory. This three-part model allows the complexity of festivals to be revived, investigated, and visualized for the first time, approaching the wealth of documentation from a number of interrelated viewpoints.

Event will transport users to the Renaissance Italy of 1450–1550, where festivals can be explored through geographic data reconstructing festivals as multimedia spectacles, using details from Jacopo de' Barbari's 1500 woodcut, the "View of Venice" (from the collection of the Minneapolis Institute of Art's collection).

Backstage will detail the various groups and individuals who made the festivals possible, presenting a series of visual and comparative analyses of the social networks of each festival.

Finally, Memory will introduce a new interdisciplinary investigation of texts and of visual and musical works recomposing the cultural heritage (models and epigones) of these events.

By focusing on Venice as a pilot model, FRIDA’s interdisciplinary team of humanists and digital designers have elaborated a preliminary virtual rendition of the itinerary of the festivities for the 1520 Carnival season and Festa della Sensa (Ascension Day), together with new visualizations of data and network analysis.

View a video (below) demonstrating the capabilities of the digital platform in these three levels of analysis.
Read the first publication on this project. 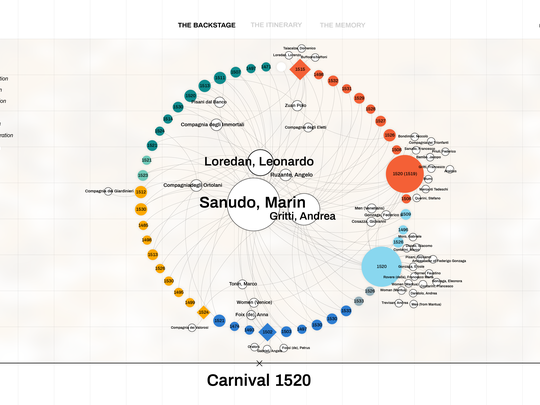 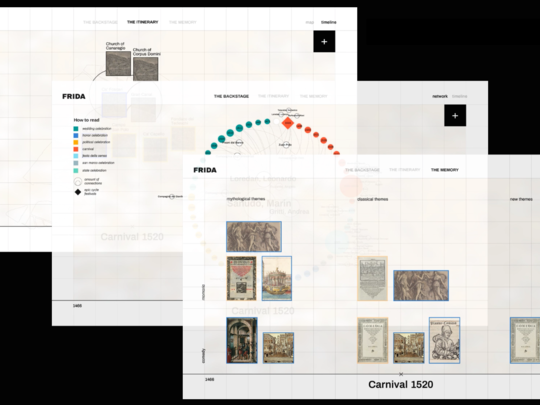 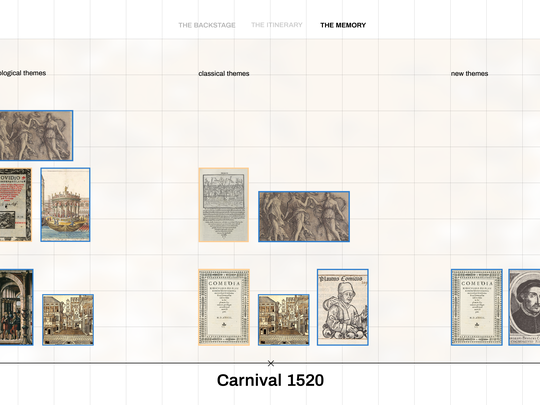 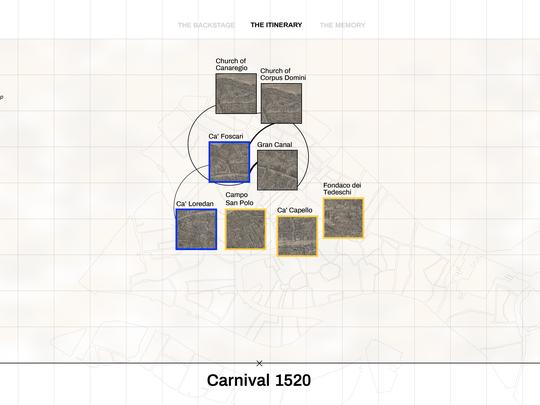