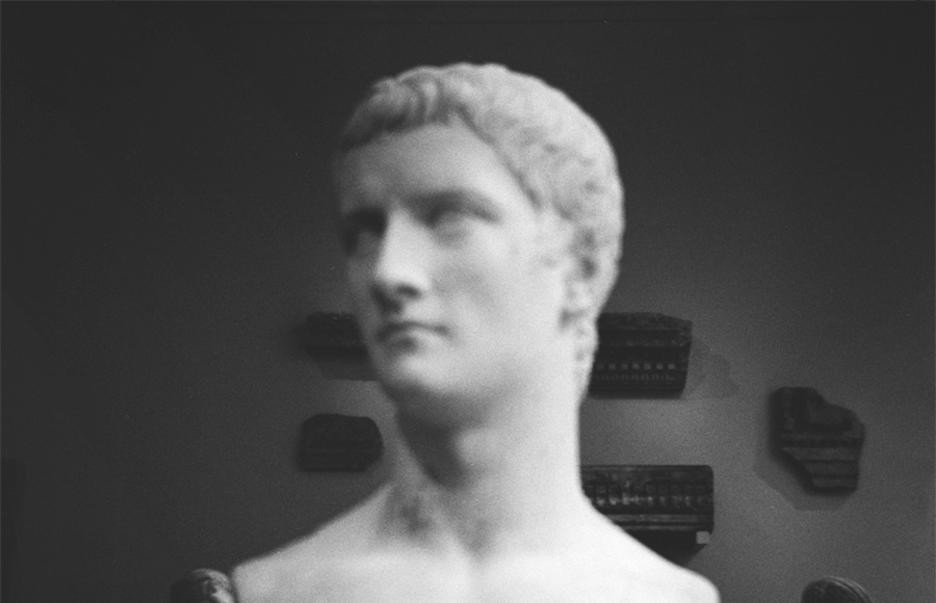 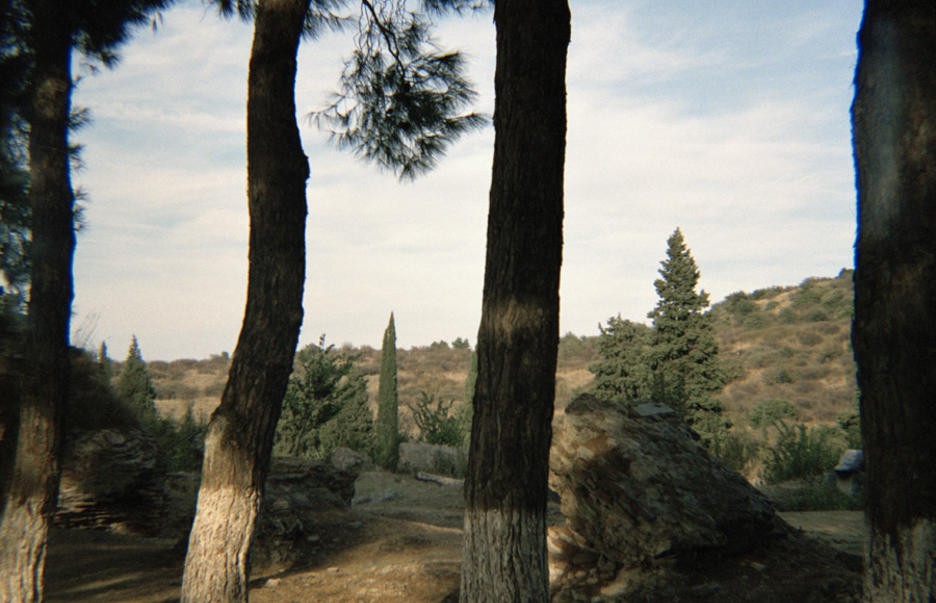 Using a plastic camera from the 1960s, Amy Bedik photographs sculpture and landscape, creating images of startling intensity and sophistication. In Figure and Ground, she exhibits work made in Italy, Turkey, and New York.

Bedik has shown at the Photographer's Gallery, London; Ufficio dell'Arte, Paris; and the Daniel Wolf Gallery in New York. Her work is in the collections of the Victoria and Albert Museum and the Bibliothèque Nationale de France. She lives in New York City.

PICTURING ART: In looking at the way we shape and inhabit our immediate world, Amy Bedik’s photographs heighten our awareness of humankind’s abiding artistry.

Art has long loved to talk about itself, but now there’s more chatter than ever. Painting, poetry, and music comment on one another, quote earlier works, use each other as the basis for new works, or even adopt a historical style—reinventing it with a different vocabulary. Sometimes art takes its very medium as a subject. These aesthetic practices are far more risky, though, in photography, because of its inherent descriptive power. And yet photography, at least as an art form, seems to engage in them far more than other media.

The reason for this, in part, is that photography is the only medium capable of representing works of art in objective detail. When it does so, it disqualifies itself as art. Yet when photography’s practitioners aren’t using it as a recording or reporting tool, they often train their lenses on the art, or at least the artful craft, of others. Ironically, that has always made photography’s viewers ask “Is it art?” more often than with other media.

While Amy Bedik’s work observes the artistry of others, there is no doubt that it is art of a high order. Her photographs are not the customary, straightforward representations of classical sculpture, manicured gardens, and ornamental architecture found in common coffee-table books. Those tomes are weighed down by their detail—by photography’s very ability to describe. For Bedik, detail is not only immaterial but would also undo the transformative power of her images.

Take the statuary that appears in Bedik’s work, usually figures in a Greek or Roman style, both ancient and the countless modern copies hewn since the Renaissance made art so self-aware. Rather than present the figures in their entirety, or simply fill the square with them, Bedik fragments them—cropping them abruptly with the edges of the frame or obstructing them with other elements in the scene. In this way the photographs subsume the statue’s own fragmented, broken state. Blur is another of her tools, eroding stone more than time or weather ever could. Bedik fuses the sculpture’s contours with the texture of the photographs so that the former is mapped, Mercator-style, into its two-dimensional representation.

If the shapeliness of Bedik’s subjects makes her viewer cognizant of their creators’ tools—chisel or clippers, wind or water—the visual qualities of her photographs raise the question of what was used to make them. Her perfectly named Diana, an inexpensive plastic camera with a crude plastic lens, produces images that are less sharp than those from a “serious” camera and that become softer still, and also darker, toward the edges. “It would certainly be easier to work with a conventional camera,” Bedik says. “The Diana is unreliable at best, but the way it renders subjects is the closest I’ve come to replicating the way I see.” In fact, Bedik insists that the images no longer appear distorted to her.

Natural forms undergo the same transformation in Bedik’s new color landscapes, seemingly so different from her black and whites. These photographs flout the conventions of landscape composition, in part by forcing the scene into a square in which width can no longer dominate height. By narrowing our expected field of view, the images make us consider how nature sculpts its raw materials into forms and spaces that invite human occupation. “For me, they’re a way of situating myself emotionally in the outdoors,” Bedik says. Indeed, the manipulation in Bedik’s images seems to serve an essentially emotional purpose for their creator, rather than simply alerting the viewer to expect and recognize art. “There’s something very moving for me about viewing renderings of bodies and faces from long ago,” she says. “My work is an attempt to connect to something eternal through the contemplation of old stones. There’s a purity and directness in Greek and Roman sculpture, an immediacy that fires my imagination. The images are an attempt to give viewers access to that, so that they will contemplate their connection to the distant past.”

Whether of landscapes, statues, or gardens, Bedik’s photographs explore the way earthly substance is shaped to please the human eye or serve a human purpose. Some of that handiwork (natural and man-made) is ancient and set in stone. Some of it is alive and pliant. In compressing it all into flat squares of tone and color, Bedik makes us feel at home in both the present and the distant past.